About Driving in the Real World®

How Did I Get Started in All This, Anyway? 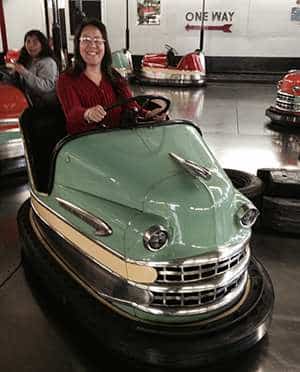 My name is Mi Ae Lipe, and I simply adore cars and driving. Born in South Korea and adopted as an infant, I grew up in the San Francisco Bay Area right as Silicon Valley was emerging. After ridiculously falling in love (like a girl might with a boy) at the impressionable age of 11 with a stunning mauve 1980 Lincoln Continental Pucci Edition Mark VI, I was hooked on all things automotive. For years, I dreamed about having a career in automobiles, either as a designer or a quality control expert.

When I was 18, I got my driver’s license and promptly got a job driving rental cars from one location to another for a living. That experience quickly taught me that nothing that I had learned in my high school driver’s ed had properly prepared me for life on real-world roads, especially when it came to freeways and very tight parking lots. Like most new drivers, I learned by trial and error—and a few fender-benders.

I eventually moved to the Midwest, where I spent 13 years living and working in Wisconsin and Minnesota, as well as learning to drive on ice and snow. Later I relocated to Seattle, where I still reside. My continuing ties between the West Coast and the Midwest have resulted in far too many road trips to recall. All the while I’ve been doing plenty of driving and observing life on the road—over a million miles worth in the past 26 years.

Several years ago, after pondering the alarming deficiencies of yet another state motorist handbook and witnessing the vagaries of drivers after yet another cross-country jaunt, I decided to start research on a book I’d planned to write, called Driving in the Real World. However, I soon realized that it would make better sense to expand DITRW into a bigger, multichannel mission that would impact driver education and traffic safety culture in America and beyond.

When I’m not stuck in atrocious Seattle traffic, I lead a couple of other lives. One is as a freelance graphic designer and editor (www.whatnowdesign.com), whereby I help authors and companies self-publish books and other long documents, create unique marketing collateral, and develop corporate branding. The other is that of author myself; my latest book is Bounty from the Box: The CSA Farm Cookbook (www.bountyfromthebox.com)

What Do You Actually Do? 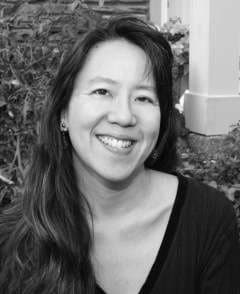 In this work, I frequently collaborate with government agencies, NGOs, and private entities as a change agent, and also regularly present at driver association conferences and car clubs. For many years, another fellow citizen advocate and I explored improving driver training and testing with state agencies, driving schools, and other stakeholders in Washington State in the US. In September 2016, we co-organized and led a fact-finding trip to the UK so that that several officials from Washington State government and the driver training industry could learn about Britain’s traffic safety ecosystem, widely acknowledged as one of the best in the world. What we witnessed was incredible in its integrity, quality, and scope, and the result has been a change in thinking about using international best practices to reduce collisions and serious injuries for new generations of young drivers in our state and beyond.

I was a member of the Washington State Traffic Safety Commission (WTSC)–led Young Driver Task Force from 2012 to 2018. Along with fellow citizen Mark Butcher, we are the recipients of a 2015 WTSC Target Zero Award and the 2017 NHTSA Public Service Award for our work in reducing young driver collisions and fatalities in our state.

Currently I serve on the Safety Subcommittee of the Washington State Autonomous Vehicle Work Group, a government body that determines policy, laws, and strategy around autonomous transportation on our public roads.

I write about street driving technique, cultural attitudes toward traffic safety, advanced driver-assistance technology (ADAS), and autonomous vehicles for the BMW Car Club of America, with a monthly street driving column in its national magazine Roundel, and also pen a similar column for Zündfolge, the magazine of its Puget Sound Region chapter. Other writing credentials include the former Roadio.com, Intelligent Instructor, and an article cowritten with Candace Lightner (the founder of MADD) on drugged driving. I also Tweet daily driving news links and tips on Twitter at @DrivingReal.

Last but not least, I’m a motoring enthusiast and a car club slut of sorts. Besides belonging to the local Puget Sound BMW CCA chapter, I’m also a long-time Audi Club NW member and served a three-year stint as the newsletter editor for Fiat Enthusiasts NW.

What's the Goal of Driving in the Real World?

Through this blog, social media, ebook, upcoming subscription newsletter, and resources, Driving in the Real World® offers high-quality tips, techniques, and reflections on street driving that will help you become a better driver and may even save your life and that of others.

The US ranks nearly at the very bottom internationally among developed countries when it comes to traffic safety and road fatalities. To combat this, we need to make it socially unacceptable to be a bad driver in America, regardless of the cause. We must totally rethink how we drive, how we teach new drivers, and make the US driving test something to actually be respected. Driver education should also be a lifelong learning process. And I believe that it can be achieved in far more enjoyable and experiential ways than done now.

Many people don’t realize this, but what makes you a better driver also improves you in many other areas of life. This involves honestly self-examining our core values as individuals and a society, understanding why we’re often resistant to positive change, and tackling traffic safety as an entire ecosystem, not as disparate parts to be addressed piecemeal as political will and funding whims allow.

As the founder of DITRW,® I hope to inspire and embolden others who are dissatisfied with our current US traffic safety scene to take a different look at why we’re failing so miserably, question it, and then act. Many times, the key lies in not understanding the problem enough to know which questions to even ask. Let’s get curious enough to explore, serious enough to inquire, and brave enough to tackle.

For those who care to know or slog through this sort of thing, here is my CV. Please contact me if you have additional questions about my background or history.

What Do You Drive? 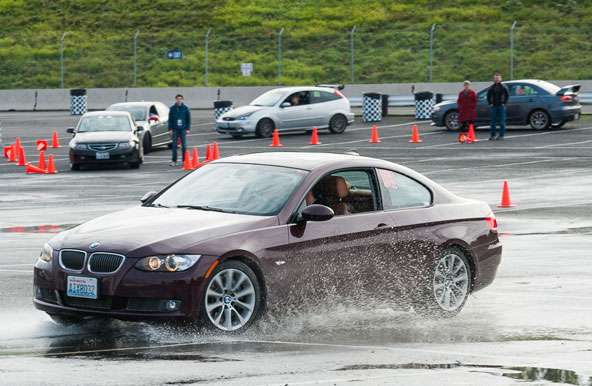 My “mistress car” is a highly spirited, immensely fun E90 2009 BMW 335xi coupe, on which I’m learning to master stick-shift driving—in stop-and-go Seattle traffic and steep hills as well as on the racetrack. When I’m on cross-country tours for my cookbook, my “good-wife” car is a 2016 Subaru Outback, affectionately nicknamed “Nelly,” in which I’m having fun figuring out how to outwit her driving assistance technologies. You can read more about how these cars change my driving behavior in my blog post “Driving Miss Nelly.”

I am pleased to announce that my eagerly anticipated ebook, The Sound of No Car Crashing: A Guide to Protective Driving, is now available. Its premise is simple: Let’s make a pledge to drive protectively, not defensively. “Defensive” suggests danger and competition, when the goal should be to drive for the protection of yourself and others.

Yes, send me the Ebook!

The Sound of No Car Crashing:
A Guide to Protective Driving Ebook

This simple 16-page guide contains all sorts of useful, practical information for everyday situations, from why we can't see the obvious and how to change bad habits to how to deal with social pressure and navigating safely in parking lots. It also covers distracted driving, what makes a good driver, how to avoid unnecessary risk, keep traffic flowing, and what's your escape plan if the unexpected arises—and how to avoid such dilemmas in the first place.