E Is for Embolden but Also Encourage 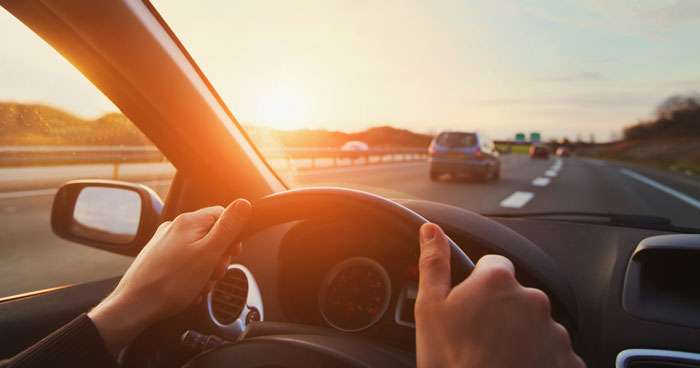 Have you ever found yourself driving on the highway, and you’re going along at a pretty good clip? Maybe you’re not quite staying south of the posted speed limit, but you’re not being reckless, either. And then all of sudden, someone blows by you on your left, enough to sweep a few loose hairs off your head had your window been open. Soon, they’re a distant memory up ahead.

You might find yourself a bit affronted. Wasn’t I going fast enough? Who does she think she is, Miss Speedy Pants?? I hope there’s a cop up there waiting for her!

As quickly as your feathers ruffled up, they settle back down, and your mind drifts off onto other things, like what was said at that meeting at work yesterday or what you’re going to have for dinner tonight.

And then, you start speeding up.

Just a little. Almost imperceptibly. But you do it. Maybe a couple of miles an hour faster. You get used to it. And then maybe a little more. You’re passing other drivers, but a few still manage to outpace you. It must be okay, right? Everyone’s going fast, but it doesn’t seem dangerous. Traffic’s flowing nicely. So, you keep on speeding. Nobody appears to be getting into trouble. It seems safe. You might even have a radar detector operating to keep things from getting out of hand.

Or, what you’re doing is not conscious or deliberate. You just do it because everyone else is, and you’re not even aware of it. Or maybe you feel socially pressured and don’t want to hold everyone else up.

Congratulations! You’ve just been emboldened. And, you just normalized a new bad habit, and now you might be encouraging others to indulge in that same risky behavior.

We’re an incredibly social species. Our very survival has depended on it, evolutionarily speaking. We may like to think we act with completely independent thought and action, but we emulate and respond to the cues others around us transmit far more than we think. And that sometimes means copying others, whether we’re aware of it or not.

Not only that, but numerous social science studies have shown that even if our innate threshold for certain types of risk or controversial behavior is low, in certain situations, we’re much more likely to engage in them if we spend time around those who are influencing us toward that kind of thinking and action. By its very physical nature, traffic lends itself to herd thinking and being.

Our vehicles also make perfect emboldenment capsules, as it were. Rude, aggressive driving and road rage thrive partly because our pods give us anonymity. Unless it’s our neighbor, we’re not likely to ever see a specific road user again, so we feel safer in behaving badly and then fleeing the scene like mucky cowards.

Besides speeding, what are other forms of negative emboldenment on the road? Tailgating, honking, running red lights, hanging out in the left lane instead of letting others pass, street racing, hooning, being distracted by electronic devices, and driving while intoxicated with drugs or alcohol, to name a few. If enough of this takes place in a given space over time without tangible consequences, the more likely we are to absorb an unspoken message repeated in a thousand little ways that this is tolerable and acceptable. Our social inhibitions loosen just a little more, repeating the cycle and unwittingly infecting others.

Back to the issue of speeding: This copycatting can have an unanticipated side effect in that there is a phenomenon called the 85th percentile, which many transportation engineers use as a guide for setting safe speeds. In DOT lingo, the 85th percentile is essentially “the speed at or below which 85 percent of all vehicles are observed to travel under free-flowing conditions past a monitored point.”

The reason for the 85th percentile is that most drivers do not set their speeds based on a specific posted number but on how the road feels to them and their comfort level with it. Engineers argue (rightfully) that traffic is safer when the majority of it is traveling at uniform speeds within a certain range. Many speed limits (especially higher ones) are set using the 85th percentile as a major factor.

In my opinion, the problem with this is that drivers woefully underestimate their perception of hazards while remaining equally overconfident in their ability to safely manage a situation. For these reasons, letting drivers set this 85th percentile is already a potentially slippery slope because we often don’t know what’s good for us. And if drivers are gradually inching up their speed because they see one another doing it, that may turn out poorly, because physics really doesn’t care about a lack of judgment.

On the flip side, if E stands for Embolden, then it is also represents Encouragement. If you consciously decide to not let others negatively influence your actions, you’re also encouraging others to do the same. If you do something positive every time you drive, such as letting someone pull into the stream of traffic ahead of you, moving over to give a stopped emergency vehicle more room, slowing down and stopping for the yellow light instead of speeding up to run the red, giving enough following distance, refraining from using your smartphone while you’re driving (and letting others know you’ll refuse to talk to them while they’re driving), stopping for a school bus with flashing red lights instead of trying to go around it, and taking your time looking for and maneuvering around pedestrians and bicyclists smoothly and cautiously without drama and haste, then you’re sending those messages by example to everyone around you who sees you. You are a valued member of my community, and I respect you. I respect myself too.

Not only that, but, as a role model, you’re also projecting calmer energy that collectively makes a huge difference on the road because it validates that safer behavior. Think of yourself as the ultimate traffic calming device.

It is also a kind of courage—the courage to intervene. You can read more about this on my Driving in the Real World blog post at https://drivingintherealworld.com/the-courage-to-intervene/.

It is important to remind ourselves that emboldenment is not just negative—it can be extremely positive as well. As Dr. Nick Ward, a professor at Montana State University and the director of its Center for Health and Safety Culture says, “If people think it’s normal, they’ll just do it.”