Part 1: How I Got Seven DUIs in Two Nights 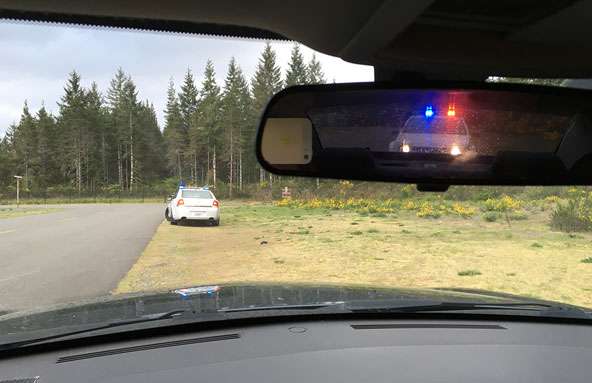 It started out harmlessly enough. Flashing lights behind me, a pullover to the side of the road. They can’t prove me drunk, I thought. This will be easy.

“Hello, ma’am, I’m Officer Bill C_______ with the Washington State Patrol. Just to let you know, everything here is being audio and video-recorded tonight. I stopped you because you were weaving back there. Can I see your driver’s license and registration, please?”

Sure thing, I thought. As I reached into my purse for my license and the glove box for the registration papers, the officer’s flashlight beam pierced the darkness and splashed onto my hand, focusing keenly on it. I handed the documents to the officer and he went to his car, but not before he swept his flashlight through the back of my car. In a few minutes he returned.

“Ma’am, I see you have an open beer bottle in the back. We’re going to have to ask you to step out of the car.”

This kicked off two nights of the most unusual volunteering I’ve ever done—for the Washington State Patrol (WSP). Every year, one or two groups of cadets undergo 26 weeks of intensive basic training at its academy in Shelton, Washington, about 25 miles north of Olympia. Once they complete their basic, cadets then enter eight weeks of practical instruction with experienced officers out in the real world. 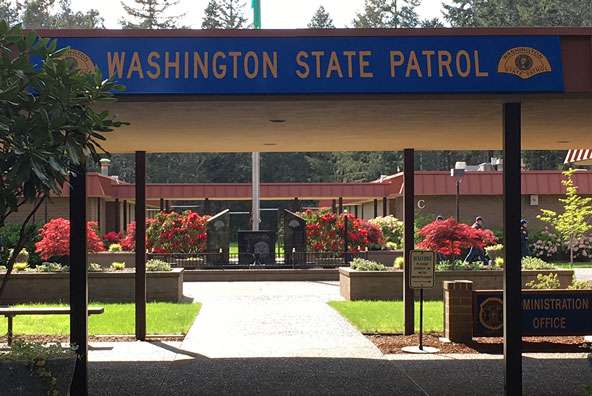 But during their basic training, they need help from us civilians—as actors on which to practice doing traffic stops. And not just a few individuals—this past spring session, an open call was put out for 256 such civilian volunteer actors over a one-month period. As you might imagine, using cadets and field training officers in those roles don’t provide the best learning opportunity, as they can anticipate scenarios. Untrained civilians offer a lot more spontaneity and unpredictability—exactly the kind that these cadets will see in the real world. The idea is that regardless of what the actor says or does—and I mean anything—the cadets are expected to always behave decisively and professionally.

The actors themselves are a mixed bunch, ranging from high school students to retired seniors, both men and women. Recruiting often comes from school drama and ROTC clubs, but there are many repeat volunteers, including one fellow who has been doing this for years and always comes decked out in full military fatigues, gung-ho to play the badass. Sometimes current and retired WSP officers are asked to participate because they can challenge cadets in specific scenarios. Even the Academy’s janitor has filled in when they’ve run short on volunteers.

On these two April nights that I volunteered, training began around 6 pm and continued until nearly 10. After a quick orientation meeting, the civilians are given fake registration-insurance papers and keys to various decommissioned, unmarked patrol vehicles or cars that have been seized in raids. They are also encouraged to pick out props from a box, which include open beer bottles or cans, plastic fake guns, or even labeled bundles of marijuana. The cadets get into their marked squad cars with their field training officers (FTOs) and us into our vehicles, and we all head out to a nearby business park that has plenty of intersections, parking lots, and looping routes.

Your job is to start cruising at low speeds throughout this park—and just wait to get pulled over. It might take a while, but it always happens eventually. Certainly it’s never fun to be stopped in real life, but this contrived situation truly feels surreal, especially when you see a half-dozen stops all around you. Once you’re stopped, the FTO walks up to your car and lets you know what scenario s/he wants you to play (i.e., suspended license, DUI). They may ask you to be “chippy” (rude, with an attitude). If you want to pull out a weapon, you should ask the FTO first, because their student may be too green and not yet psychologically ready to handle such a scene. But everything else is pretty much up to you, and that’s where the real fun begins.

These nighttime sessions center around DUI stops, which are a huge part of WSP’s duties. Once darkness falls, adrenaline rises and everyone’s on the alert because it’s much harder to see potential weapons hidden in a vehicle. The element of surprise and conflict goes up exponentially, especially if passengers are present.

With a potential DUI, officers are looking for a number of clues to determine if a driver is intoxicated. The most obvious is how you’re driving—if you’re weaving, driving too slowly, fast, or unpredictably—and this prompts them to pull you over. Then they look for other signs—the smell of alcohol on your breath or in the vehicle, a visual check for open containers, and how you speak and act. If they suspect you’re intoxicated, they ask you to step out of the vehicle, where they run a series of field sobriety tests to determine if you’re intoxicated. This includes you visually tracking a small object such as a pen that the officer moves back and forth, a walk-and-turn test with nine heel-to-toe steps in a straight line with your arms down at your side, and a one-leg stand, wherein you raise one foot six inches off the ground while keeping it parallel to the ground without swaying or hopping.

If you fail any of these tests, combined with the other possible indicators, then you will typically be arrested for DUI. For an arrest to occur, four out of six conditions must be met. (In Washington State, breath and blood tests come after an arrest and were not a part of these civilian training scenarios.)

I’ll never win Oscars for my acting, but improvising was a blast as I tried to think of new ways to fluster cadets. I sassed back verbally, grabbed the pen out of the cadet’s hand, pretended not to know English, wandered off from the walk-turn test, lunged for the officer’s gun during a body search, and even did a little evasive driving when getting pulled over (nothing gets officers’ heart rates up like throwing a car into reverse and backing up quickly toward them). I also resisted being put into handcuffs a few times and ended up getting thrown up against the patrol car as the cuffs were tightened, with multiple bruises on my wrists the next day to prove it.

These are all things that have happened to officers in the field, and plenty more. Our actors were sometimes assigned two or three to a car. The more people in a vehicle, the more potential for the unexpected to happen. One incident I heard about that night involved a driver and two passengers. Over the course of the stop, one of the passengers kept breaking out into full song while the poor cadet was trying to interview the driver. With the officer thus distracted, the other passenger snuck out of the vehicle and actually took off with the patrol car—the ultimate embarrassment.

Undergoing seven of these DUI stops in two nights revealed several things. One is that it’s actually physically quite difficult to pass these sobriety tests even when one is sober. I tried on several occasions to do so well at these tests that I would not get arrested, but the walk-and-turn test as well as the one-leg stand proved that my balance under pressure is not as good as it used to be.

Secondly, I was floored by the compassion and respect that the FTOs were instilling in their cadets. Things can get tricky when male officers are doing searches on females (small pistols can easily be tucked inside a bra). One FTO related a story of doing a pat-down of a young woman who started to tremble and cry. He saw that she was not faking this, and she told him that she’d been subjected to so much past sexual abuse and assault that this was her instinctual reaction when a man she didn’t know started to touch her. He stressed to his cadet that you never know who you might be dealing with, and to never ever be flippant or disrespectful, even if they’re just joking. 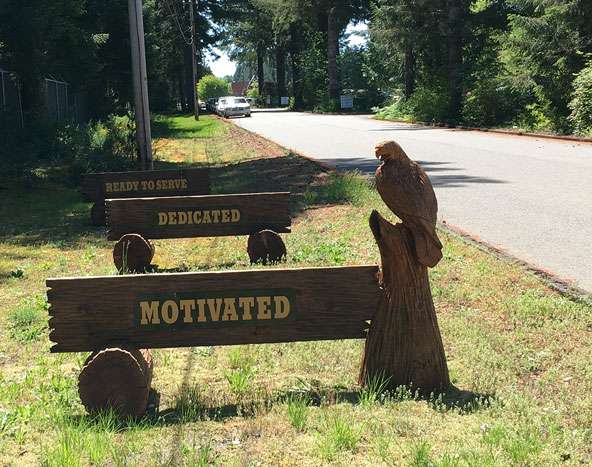 Although they’d already undergone many weeks of classroom training by this point, some cadets were definitely green, struggling to remember what they were supposed to say and do. Others seemed much more comfortable and almost already the picture of a patrol officer you might meet in the field. But in all cases, they were completely polite, responsive, and professional. The experienced FTOs often asked them what they were being taught in the classroom, which of course the cadets were following to the letter, but then they’d relate real-world stories in which the world is not so black and white but full of many shades of gray. Good contextual judgment is essential when evaluating each situation, they stressed.

Much of the FTO debriefing took place right in front of us actors, and not only that, but the FTOs actually asked us for our opinions of how their students did and if there was anything we thought they could have done better. In a world where American media coverage is saturated with stories of “bad cops” out to get innocent people, this sensitivity and transparency was really eye-opening to witness. Sure, one can argue that liability is an incentive, but you can plainly see the earnest dedication in these young cadets and their hardened FTOs alike. After all, that’s the reason they became police officers in the first place—to help people.

Up next: Part 2: Anatomy of a Drug Stop.