Texting and Driving Has Changed the Way We Travel 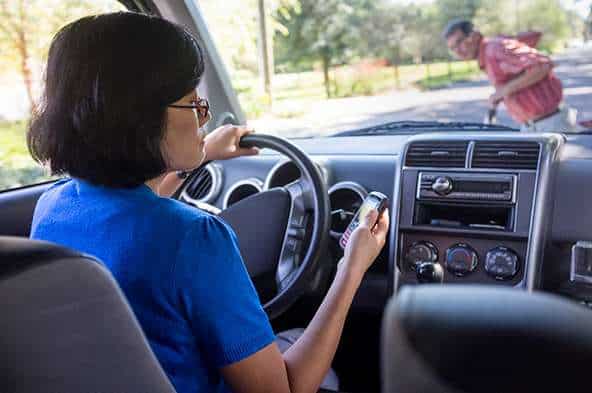 This month’s blog post comes to us from David Azizi, a personal injury lawyer in California. Here he talks about the many consequences of using a wireless device while driving.

It’s common knowledge that we live in a technology-centered world. We’re dependent on apps to manage our budgets and our grocery lists, use our phones instead of GPS devices to get us from place to place, and use our iPads and Kindles to browse the New York Best Sellers list instead of driving to the bookstore or library. A study by Pew Research Center recently showed that over two-thirds of Americans own smartphones, and it’s a number that isn’t surprising (unless you expected it to be higher).

Many will advocate that our reliance on technology is improving the ways in which we communicate, as we can reach out to friends and family with the touch of a button. There are health-related apps that can help the elderly, and education apps to help children get started early in learning. Information is readily available and access to the Internet is now commonplace for Americans. Owning an iPhone or Android truly means that the world is at your fingertips.

But this doesn’t mean that the country’s dependence on smartphones is entirely positive and altruistic. On the contrary, there are several problems that have arisen as a result of our tech addictions. One of the most detrimental effects is the growing epidemic of vehicle accidents caused by texting and driving.

There are some misconceptions about texting and driving. One of these is that it’s an issue that only affects teenagers. While it’s true that millennials seem particularly glued to their phones, adults are also guilty of using their cell phones while behind the wheel. In fact, a recent study by the AAA Foundation for Traffic Safety showed that 82% of adults aged 25–39 admitted to using their phones while driving, compared with 58% of teens. Los Angeles car accident lawyer David Azizi states that many of the phone calls he receives related to texting and driving are from adults rather than teenagers or millennial drivers.

Another common myth is that texting and driving is the only thing to be concerned about. While texting is definitely common, using social media on smartphones while driving occurs just as frequently. Facebook, Twitter, Yik Yak, Kik, Snapchat, and Instagram are some of the most commonly used social media apps, and drivers may be tempted to check them while behind the wheel. This type of distraction can have fatal consequences.

There have been several campaigns to try and spread awareness of distracted driving. For example, AT&T launched their #X campaign. The hashtag X campaign encourages drivers of all ages to tweet or text #X when they are driving to alert friends and family that they will not be able to respond. Another example is My Red Thumb Day, an event that was promoted by Nissan and NBC’s The Voice. Adam Levine, Blake Shelton, Gwen Stefani, and Pharrell Williams placed red tape on their thumbs to visually symbolize their promise to not use cell phones while driving.

Beyond the dangers to pedestrians and other drivers that result from distracted driving, there are also legal consequences to texting and driving. Texting while driving is illegal in California, and covers the following violations: writing or reading a text message, e-mail, or instant message while driving. There are penalties for these violations. Using a GPS on your phone is acceptable as long as you use a hands-free dash dock and voice recognition capabilities to access the GPS. Teenagers have tougher restrictions in California; all drivers under the age of 18 are prohibited from using a cell phone at all while driving. This includes hands-free use of the GPS function or by making a call on your smartphone. Note that restrictions are not just in California. St. Louis, Missouri car accident lawyer Alvin Wolff explains that Missouri is taking drastic measures to adjust driving habits now that smartphones have revolutionized our world.

Furthermore, there are even more severe punishments for those who cause a car crash while driving and using their phones. This can result in charges such as vehicular manslaughter, which carries a sentence of up to six years in prison in California.

These laws have similar counterparts in almost every state in the country. Many states have completely prohibited texting while driving. Despite these laws, 1 in 11 California drivers are texting or using their cell phone at any given moment. It is clear that we still have a lot of work to do to ensure that our roadways are safe for all drivers. The best way to do this is to make sure people are aware of the legal consequences of distracted driving, as well as the danger it causes to everyone on the road. Social media campaigns are a good place to start, as well as teaching children in driver’s education classes and parents having discussions with their kids at home. 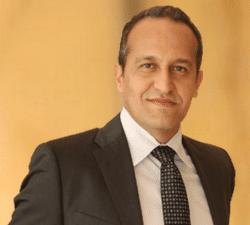 David Azizi graduated from the University of California at Los Angeles (UCLA) Summa Cum Laude with a bachelor of Arts degree in 1995. He subsequently began his legal studies at Southwestern University School of Law in Los Angeles. In 1998, he graduated with a Juris Doctor degree. Later that same year he was admitted to the California Bar to practice before the Supreme Court of the State of California and the United States District Court, Central and Southern District of California.
Mr. David Azizi specializes in personal injury law, with car accidents being a major component. For more information, visit www.azizilawfirm.com, or follow him on Twitter at @aziziinjury