Why Are So Many People Running Red Lights? 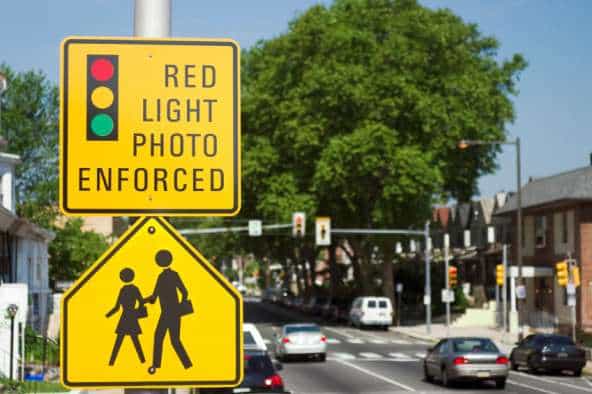 With tax preparation time here in the States, it’s apparent that certain things in life are unavoidable. Taxes and death surely top the list. A polarized Congress is also a reality. But something else far more insidious is literally invading America’s streets—close calls with red-light runners.

In the simplest terms, red-light running simply means drivers are entering intersections just as or after their traffic lights turn red. This is different than drivers entering when a light is yellow and not making it completely through the intersection before the light turns red.

Over the past couple years, I’ve noticed a steady, dramatic increase in red-light runners, so much so that now I can’t walk or drive anywhere without seeing at least one, two, or even more during a single jaunt. In San Francisco and Seattle, I’ve observed the problem to be epidemic to the point that I believe it’s not a matter of if, but when I will be a victim of someone barreling through, in spite of always looking both ways before proceeding on my green.

The Insurance Institute for Highway Safety reports that red-light running alone caused 683 deaths and a staggering 133,000 injuries in 2012. What’s even more remarkable is that, according to a NHTSA report, a full 97 percent of drivers feel that other drivers running red-lights are a major safety threat. Yet, from daily observation, I wonder if more than 3 percent of drivers are actually running red lights. Cognitive dissonance, anyone?

Why are more people running red lights? While I have not seen any studies on this, I venture to guess several reasons. As a society, we’re increasingly goaded by a sense of artificial urgency cultivated by our technological connectedness. We struggle to keep up with ever-rising tides of email, calls, texts, and appointments. We allow ourselves to be carried by the belief that we have to hurry on to the next thing or get to the next place as fast as possible. The fact that we are often distracted by our cell phones behind the wheel only compounds this.

Permissiveness and entitlement have been creeping in as well. In the age of the selfie, the “me” generation, and competitive reality-TV culture, social decorum and mutual respect have steadily eroded in favor of relentless self-interest. We’re always pushing ourselves, both figuratively and literally. I can make it, just once more this time.

At the same time, populations are increasing in our cities and suburban areas alike, and local infrastructure has not kept up. Roadways are more crowded, lights are not timed properly, and backups and wait times are increasing. Drivers feel more frustrated, and this irritation combines with urgency and entitlement to create a potent combination. Before you know it, the occasional push to make it last-moment through an intersection becomes a habit—a lethal one.

To dispel this dangerous practice, thousands of red-light cameras have been set up in many intersections in US cities. However, while they can be effective in bringing down violations (and thus accident and fatality rates), these cameras are often very controversial, as they’re seen by opponents as existing for the purpose of generating revenue. And in some cases, they may inadvertently promote unsafe behavior by motivating drivers to speed up or slam on their brakes to avoid penalties.

Whatever your opinion on red-light cameras, I ask you to consider a scenario less esoteric: What if people knew that every time they ran a red light, it meant that they were killing or injuring an innocent person for whom their side was green? Would that make them slow down, not take so many chances?

Before you dismiss this as being hysterical or extreme, consider this very real possibility. After all, it was reality for nearly 134,000 people in 2012.