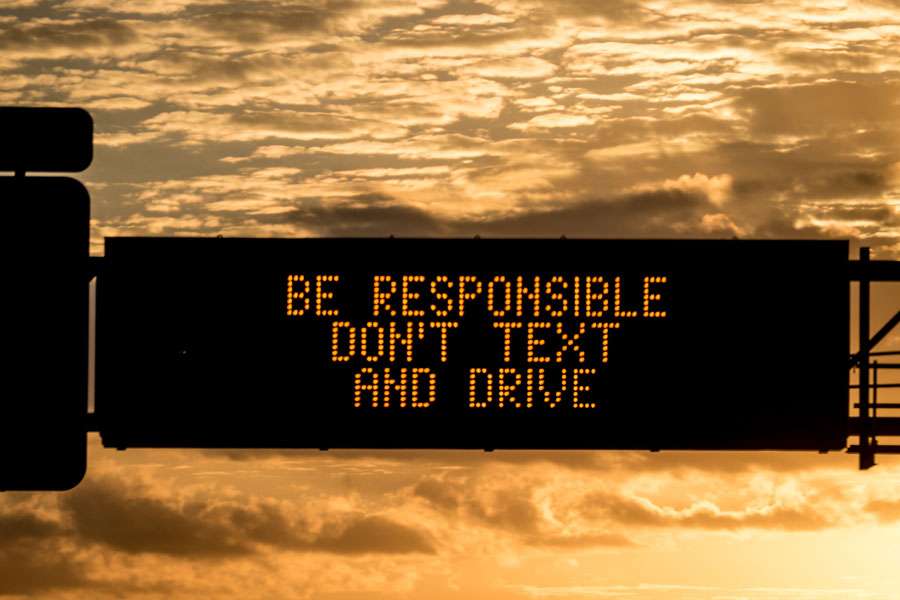 Over the past decade, I’ve noticed that many distracted driving media campaigns boil things down to absolutes. “War on distracting driving!” “Put down that phone.” “Distracted driving kills ___ people a year and injures ___ others.” “Stay alive—don’t text and drive!” Or my personal favorite, spotted on an electronic signboard in Wisconsin a couple of years ago: “Give blood the right way—not on the highway.”

For those of us in the traffic safety industry, I’m not arguing that we shouldn’t be doing anything about distracted driving, because it is an immensely serious problem that is killing thousands of people, injuring far more, and racking up millions of dollars every year in property damage, medical costs, legal fees, and insurance premiums that are spread across the pool for all of us. But I do believe that deeper issues lie at the root of distracted driving that aren’t being considered, let alone discussed and tackled constructively.

Like most people, I used to believe that I was a pretty good driver up until about six years ago when I was lucky enough to undergo a form of the advanced street driver training called Roadcraft, which was developed in the UK in the 1950s to help reduce police crashes during responses to emergency calls. Roadcraft teaches incredibly high standards of hazard perception, situational awareness, and specific sequences of certain driving tasks to maintain constant anticipation, smoothness, focus, and communication with others on the road.

Up until this point, I had no idea how many potential hazards could be present even on an apparently quiet residential street, let alone a congested urban road. Learning what to watch for and how to continuously anticipate every possible risk was a revelation that immediately changed me forever as a driver. In the United States, this level of street driver training—one that emphasizes such keen situational awareness, proper habits, and decisionmaking, coupled with tremendous practice and a difficult driving test to prove that you have actually learned how to execute these skills consistently—is all but nonexistent.

I mention this because, without that kind of understanding of just how complex the driving task truly is, we have no yardstick by which to measure how distraction (particularly the smartphone kind) takes away our ability to stay vigilant—especially when one has very little idea what to be vigilant about. I certainly didn’t, and as a traffic safety advocate and very experienced driver, I thought I did until that point. We don’t know what we don’t know.

And there are other factors. Fighter pilots are taught how to search for and view things in special ways that overcome natural evolutionary weaknesses we have in our vision, mental focus, and how our brains process information (or don’t). Phenomena like saccades, windscreen zoning, and gaps in our peripheral vision are almost never taught or mentioned in driver education, in schools, or by the media. They should be because they are key to understanding how we can be looking right at a pedestrian, motorcyclist, or even an 18-wheel semitruck and completely miss them.

In addition, an enormous body of social-science studies has explored for decades the staggering fallibility of human judgment, overconfidence, assumption, perception of risk, and memory. The ramifications of these studies, as well as those that have studied inattention blindness and multitasking, are probably on display on any road near you. You can read about them in the books pictured below. 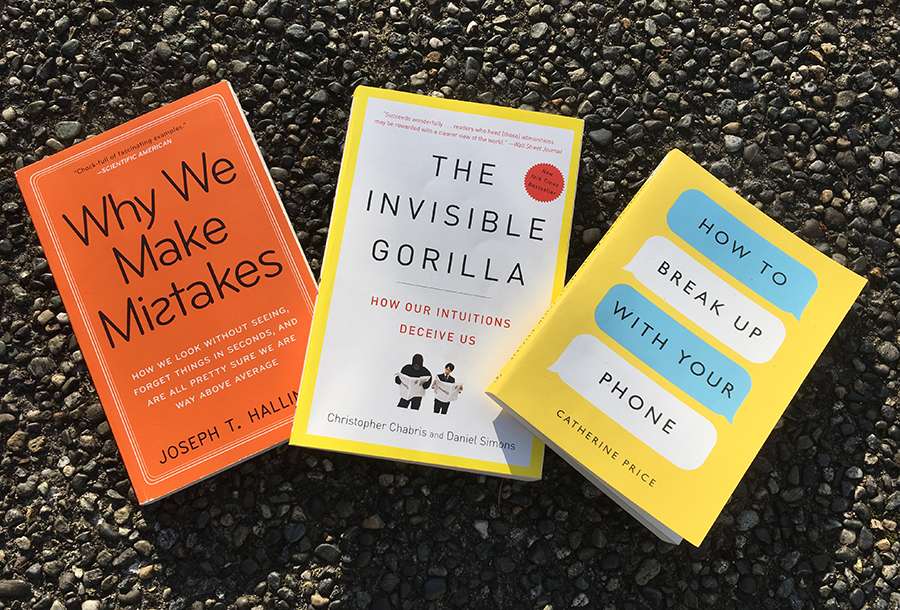 Other scientific studies show our severe limitations in focus, concentration, and perception, which it turns out are much shorter than most of us like to think (sometimes 20 to 30 minutes maximum at a time for mission-critical jobs like air traffic control). We also aren’t aware of the degree to which we have a hard time focusing on more than one developing hazard at a time. Both of these things are something that author Steve Casner discusses extensively in his book Careful: A User’s Guide to Our Injury-Prone Minds.

While perhaps we don’t feel we need to be as highly focused when driving a car as an air traffic controller who is directing the flight paths of multiple jetliners carrying thousands of passengers, consider these two things: (1) Why shouldn’t we be, since lives on the ground, in theory, are no less important as those in the air, and (2) it isn’t realistic to tell people to simply not drive distracted, because in many ways, that is physically and mentally almost not possible. The more effective tactic would be to make people aware of the true nature of the problem in the first place and then supportively coach them on overcoming these natural deficiencies with long-term appropriate education, habit training, peer support, and public awareness campaigns.

Last but not least is the distraction caused by our intense desire to fiddle with our smartphones and electronic devices while we’re driving. It has been proven repeatedly in study after study that this is not just a matter of willpower or character but of physiological incentive, because using our devices triggers our brains to reward us by releasing tiny amounts of dopamine, that feel-good neurotransmitter. Try as we might, we can’t avoid this biological fact, and it is time to accept it and craft a real solution for what it truly is, instead of merely telling people “don’t do it.” 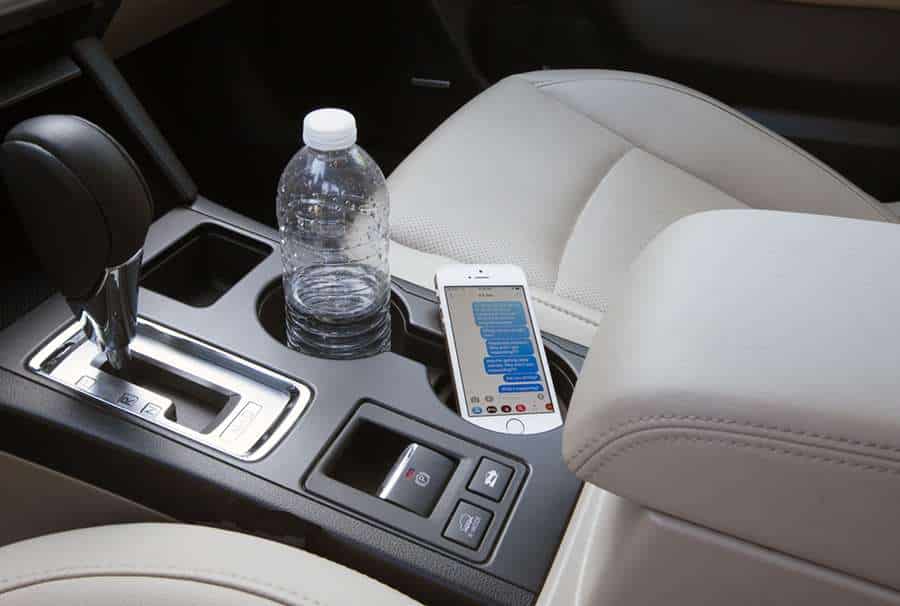 In fact, that’s a major part of the problem. We usually do things because of what we feel or believe, not because of what we are told about it in an abstract way. The fact that we can drive distracted and actually get away with it relatively unscathed 99.9 percent of the time does not help because it only reinforces our belief that it’s really not such a big problem after all. And by our very nature, we often aren’t good at being aware of or remembering our close calls and near-misses in a way that actually changes our habits.

It is not that being subjected to risk statistics, casualty numbers, friendly reminders, enforcements, and penalties for disobeying “the rules” won’t be effective for anyone, because they will nudge some people. But overall I believe that, when it comes to many communications and media campaigns, we’ve been wasting time, energy, and dollars with clichéd, easy-and-pat methods too many times for far too long, and they’re not working too well, as evidenced by distracted driving numbers that are going up, not down.

We need to first honestly and clearly acknowledge the many factors mentioned above that handicap us from the get-go, inform drivers about them, and offer meaningful, supportive solutions to help them understand, compensate, and overcome. Only then can we craft constructive strategies, messages, and behavioral/social sculpting from there; this will start to tackle the topic of distraction on multiple levels and truly recognize it for the very complex, multilayered issue that it is.

It’s hard work that’s not going to be easy, but, given the statistics and what’s at stake, it’s worth reconsidering if what we’re doing is really effective.